The GNY Stars Mite Blue team won the 8U SilverSticks tournament in dramatic fashion over this past Thanksgving weekend. The team comprised of 2011's and 2012's competed for the coveted title in the Southeastern portion of the tournament.

With tenacious D and Jordan Silvetti doing his brick wall imitation, the Stars rolled through the first 4 games of the round robin portion by a combined 41-6 score. On to the semis where the boys were expecting some stiffer competition against the Metro Maple Leafs. It was not to be as they were never challenged in a 10-0 whitewashing and on to the finals for the Stars to take on the local Montgomery Blue Devils in hostile territory.

The game was a tightly played affair between 2 evenly matches teams with a couple of lead changes and alot of near misses and great saves. The Blue team consisting of Owen Shaffer, Matthew Nesterenko, Nikita Kochetov, Lucas Kirk, Liam Grace, Theo Hamilton, Phillip Fabrizio, Thomas Ludovico and the aforementioned Silvetti between the pipes battled hard and never gave up as only they know how from being taught by Coach Mike Nesterenko. However, with just under two minutes left on the clock, the Blue Devils scored to give them what would seem to be an insurmountable 5-3 lead. Alas, they underestimated the kids from Brooklyn as they sensed a now or never attitude. The lead was cut in half with just over a minute to play as Nikita Kochetov rushed from behind his net and unleashed a beautiful backhand in the top corner. As the clock began to tick, the boys turned up the heat as their opponents just tried to hang on. As the puck was hurled toward the opposing net in the waning seconds, a broken play ensued 4 seconds, tick, 3 seconds, tick, Lucas Kirk picks up the puck, 2 seconds, tick, backhands it toward the net, 1 second, tick, puck crosses the line, buzzer. Tie game!!!

Next goal wins in 3v3 sudden death OT. Coach Nesterenko has prepared them all season for situations like this. Having the momentum, the Stars came out and controlled the OT for the first few minutes but nothing to show for it. Finally, with two minutes left, the puck found it's way on the sideboards as players battled for it. Nikita Kochetov was playing the D man and rushed to get the loose puck where he weaved his way through 2 Blue Devil players and fired a shot just below the cross bar into the back of the net to uncork sheer jubilation on completion of a remarkable comeback.

Congratulations to the players, parents and Coach Nesterenko on a truly memorable tournament!

Congratulations to the NY Stars 16UAA team in winning the Lucky Lobster Tournament held the weekend of Nov 1-3 in Marlborough, MA.

Starting with a field of 10 teams, the Stars main goal was to finish in the top 4 so they could complete in the semifinals(and hopefully the finals). Their first game was a convincing 5-0 win over the Jr Terriers on Friday. The team knew the nightcap would be a little more difficult against the familiar Ramapo Saints and they were correct as the Stars fell in a squeaker by a score of 2-1.

The team got back on track in game 3 with another shutout win(4-0) over the Western Mass Wizards. But the setback to the Saints meant they needed help with the tiebreakers. They only allowed two goals in the round robin which was the deciding factor that helped land them in 4th place and recognize their initial goal of being able to compete for the championship.

So on to Sunday and the semifinals against the first place seed Atlanta Bandits. It was a tightly played game with great goaltending on both sides that kept the game in a scoreless tie in regulation and catapulted it into double overtime. Eventually the team from Brooklyn broke through as Jimmy Hennessy found Connor Harrison in front and Harry found the back of the net to send the Stars to the championship game to seek revenge for their only loss against the Ramapo Saints.

The Stars came out with alot of energy and raced out to a 2-0 lead on goals by Connor Harrison and Jeremiah Ryan. It would stay that way until the Saints cut the lead in half with a 2 man advantage to finish the second period. Realizing they had enough drama in the semifinal earlier in the day, the Stars came out on fire to start the 3rd period with two quick unanswered goals by Michael McGowan and Connor Harrison(2nd of the contest) to put the game out of reach and bring the championship banner with them back to Coney Island.

The Stars received their usual phenomenal goaltending by the tandem of Michael Grima and Gabe Fomin who allowed only 3 goals in 5 games and pitched 3 shutouts.

Congratulations to the players, coaches and parents on a great weekend!!

The GNY Stars 16UAA team won the EJEPL Split Season Championship in dramatic fashion with a 2-1 OT victory to take home the banner.
By rolling through the EJ SS regular season undefeated, the Stars earned the top seed going into the playoffs. By no means did it insure anything as the top 4 teams were very evenly matched during the season.

On tap for the top seed in the semifinal was the #4 seed West Haven Blue Devils who the Stars beat 2-1 in OT in their only matchup earlier this season. The game was a back and forth affair with the teams trading goals(3 apiece) until midway through the final period the Stars strung a few unanswered goals together and tightened up on D to notch a 6-3 win.

The impressive victory secured their birth in the final later in the day and the only thing left standing in their way would be the Nassau County Lions who won their semifinal game over the NE Stars 2-1. The Lions controlled the game for the better part of the first half but Michael Grima stood tall in net for the Stars. On the other end, the scoring chances were limited and the Lion’s goalie was equal to the task with Grima thus ending up scoreless at the intermission.

The second half began with the tables turned and the Stars on the attack. Their  offensive chances increased and although frustrating, the chances gave the faithful optimism that they would breakthrough soon enough. And their prayers were answered less than halfway through the frame as Michael McGowan and Connor Harrison executed a beautiful give and go albeit 100 feet apart. After another stellar save by Grima, McGowan corralled the puck in the slot and dished it off to Harrison at the defensive blue line. He raced down the wing, circled in the offensive zone and waited patiently for McGowan to catch up. He hit him in stride and after a few moves he slid the puck past the goalie for a 1-0 Stars lead. It remained that way despite golden chances for both teams until with a minute left and the goalie pulled for an extra skater, the Lions knotted the equalizer on a tipped shot from the point.

On to overtime! Do you think history would  allow it any other way? One would think the team was deflated by the late equalizer but the Stars came out flying in the OT with the better of the chances and finally after gaining a man advantage at the 11:41 mark, the Stars aligned. It was Harrison again responsible for starting the play. On a harmless dump in to the offensive zone, it looked like the D had a beat on it but Harrison raced towards him and made him cough up the puck. He grabbed it and fed an attacking Robert Farberov who one-timed it past the netminder for the championship clinching goal!

It was a fantastic and gutsy team effort so congratulations to the players and a big thank you to coaches Adam Diorio, Dillon Balsalmo and Mike Davie for all their hard work in preparing the team for moments like this.

Last but not least the parents deserve a teensy weensy bit of credit for their incredible support and dedication to this wonderful sport!

Congratulations to our 18u AA  team for winning the 2019 West Chester, PA Silver Sticks regional AA division this past weekend and earning the right to attend the international bracket in Ontario Canada in January.
It was a great weekend for hockey and our organization, the team played extremely well going 6 wins 0 losses as they were led by some really great goal tending and great all around team work.

This tournament was our 3rd and final tournament of our spring summer season and we finished off in great fashion. We started it off with the AAA Gatorade summer challenge in June that we unfortunately came in second place losing in the championship game to a tough team  3-0 (after an empty net goal), with that being our only loss of the the 3 tournaments. Next up in July was the one hockey AAA tournament in Philadelphia and once again we went undefeated and won the  tournament what a great way to kick off our new season.
I would like to thank our coaches Sean O'Brien,Dave Kuperszmid and Joe Garrone for taking the time to coach these boys, they did a great job!,  I would also like to thank Lisa Davie for helping make this all possible.  We are looking forward for the banner to be hung up at Abe Stark!
#AnaheimOrBust 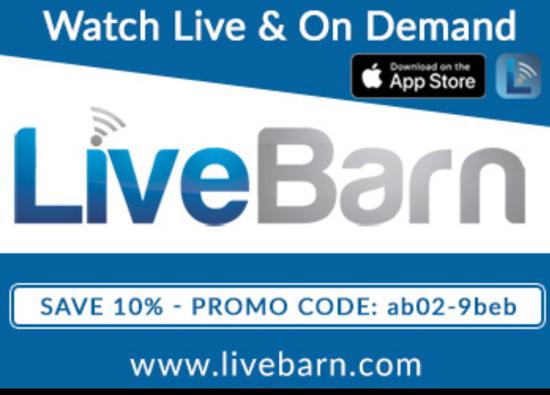 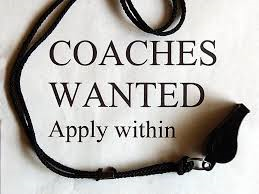 NY Stars Bantam Bring Home the Ring from the King of the Rings Tournament in Toronto #gnycihl https://t.co/GWkaUOwoH0

NY Stars U16 AAEJ Win Dorito Tournament Championship in the 11th round of shootout! https://t.co/5NEP8J7djx #GNYStars

Your chance to participate in experiences with the #NYRangers Legends. Bid on these once-in-a-lifetime experiences.… https://t.co/TSUU3xri3X 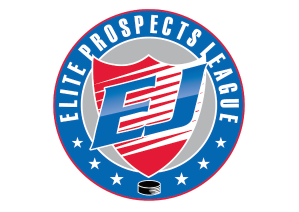