Congratulations to the GNY Stars 18UAA team on capturing the LIAHL Championship on Saturday, Feb 22nd as they blanked the Long Island Rebels by a score of 3-0. The team this season has more ‘ships than fleet week as the current hardware will now sit alongside their other victories in the EJ Split and Regular Season and a trifecta of tournaments including SilverSticks regional.

Congratulations to the Coaches O’Brien, Garrone and Kuperszmid and the players and parents on an incredible season that is not done yet. The team will compete in the State tournament in March. 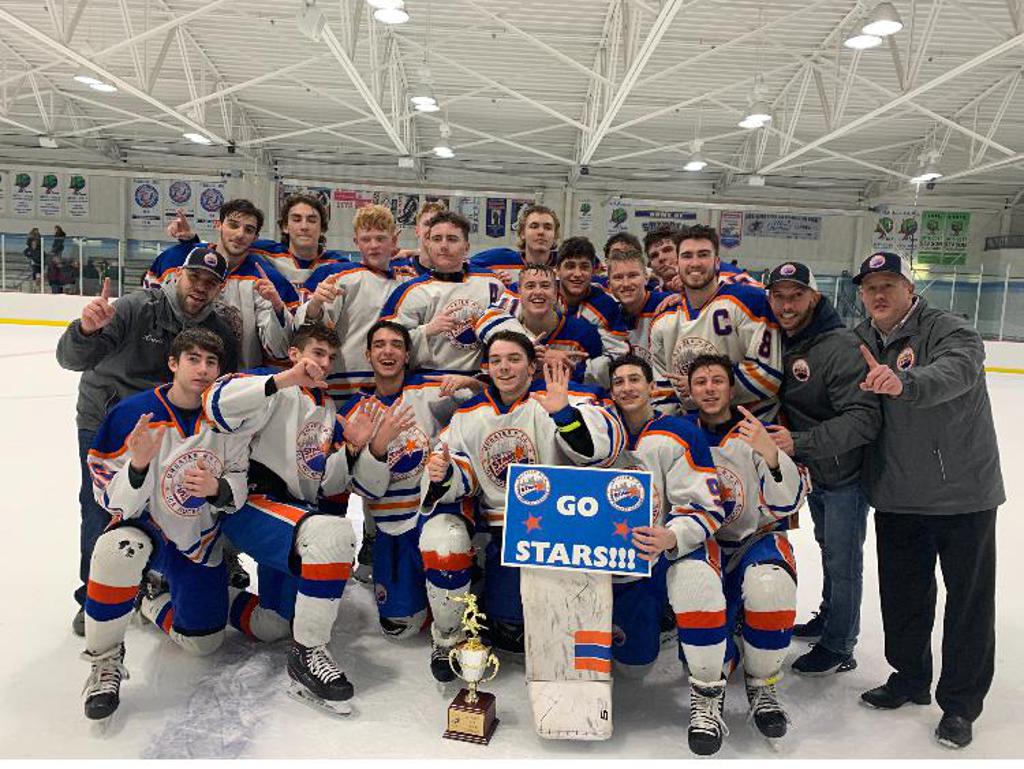