The GNY Stars Mite Blue team won the 8U SilverSticks tournament in dramatic fashion over this past Thanksgving weekend. The team comprised of 2011 and 2012's competed for the coveted title in the Southeastern portion of the tournament.

With tenacious D and Jordan Silvetti doing his brick wall imitation, the Stars rolled through the first 4 games of the round robin portion by a combined 41-6 score. On to the semis where the boys were expecting some stiffer competition against the Metro Maple Leafs. It was not to be as they were never challenged in a 10-0 whitewashing and on to the finals for the Stars to take on the local Montgomery Blue Devils in hostile territory.

The game was a tightly played affair between 2 evenly matches teams with a couple of lead changes and alot of near misses and great saves. The Blue team consisting of Owen Shaffer, Matthew Nesterenko, Nikita Kochetov, Lucas Kirk, Liam Grace, Theo Hamilton, Phillip Fabrizio, Thomas Ludovico and the aforementioned Silvetti between the pipes battled hard and never gave up as only they know how from being taught by Coach Mike Nesterenko. However, with just under two minutes left on the clock, the Blue Devils scored to give them what would seem to be an insurmountable 5-3 lead. Alas, they underestimated the kids from Brooklyn as they sensed a now or never attitude. The lead was cut in half with just over a minute to play as Nikita Kochetov rushed from behind his net and unleashed a beautiful backhand in the top corner. As the clock began to tick, the boys turned up the heat as their opponents just tried to hang on. As the puck was hurled toward the opposing net in the waning seconds, a broken play ensued 4 seconds, tick, 3 seconds, tick, Lucas Kirk picks up the puck, 2 seconds, tick, backhands it toward the net, 1 second, tick, puck crosses the line, buzzer. Tie game!!!

Next goal wins in 3v3 sudden death OT. Coach Nesterenko has prepared them all season for situations like this. Seizing the momentum, the Stars came out and controlled the OT for the first few minutes but nothing to show for it. Finally, with two minutes left, the puck found it's way on the sideboards as players battled for it. Nikita Kochetov was playing the D man and rushed to get the loose puck where he weaved his way through 2 Blue Devil players and fired a shot just below the cross bar into the back of the net to uncork sheer jubilation on the completion of a remarkable comeback.

Congratulations to the players, parents and Coach Nesterenko on a truly memorable tournament! 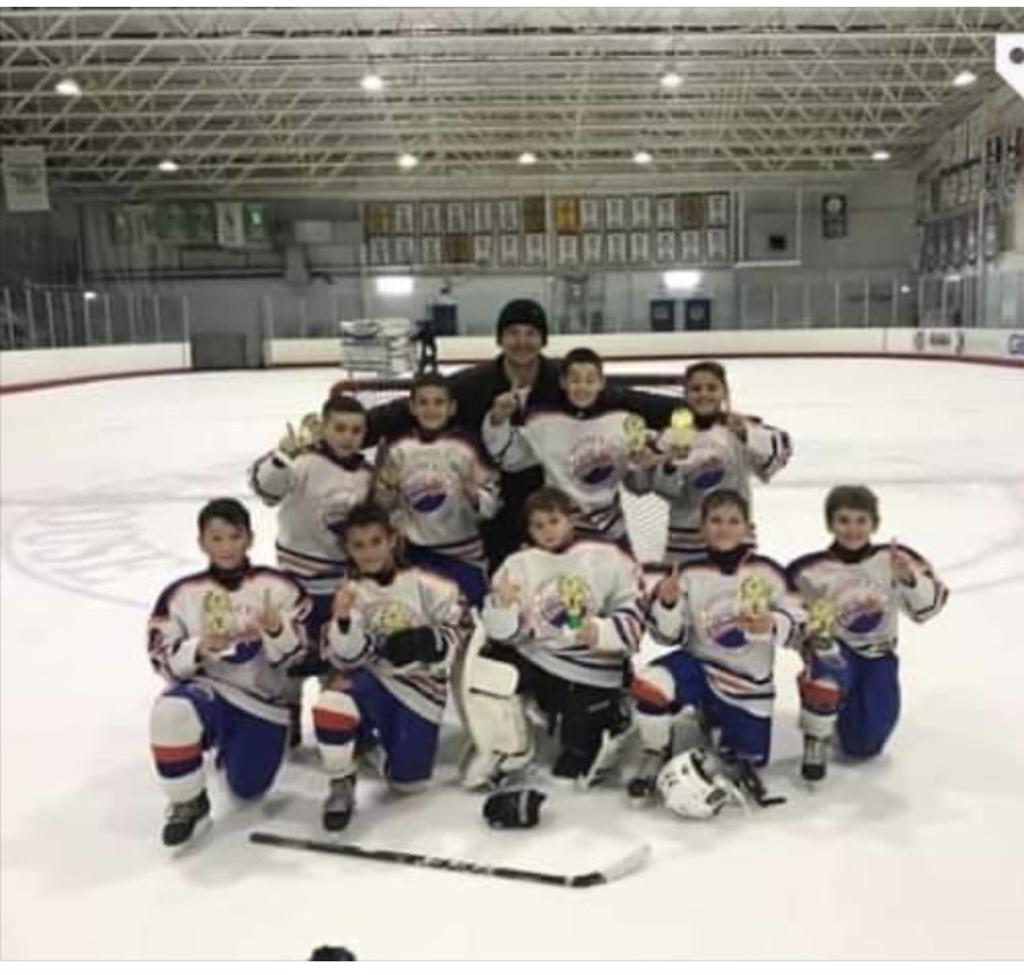