Congratulations to the NY Stars 16UAA team in winning the Lucky Lobster Tournament held the weekend of Nov 1-3 in Marlborough, MA.

Starting with a field of 10 teams, the Stars main goal was to finish in the top 4 so they could complete in the semifinals(and hopefully the finals). Their first game was a convincing 5-0 win over the Jr Terriers on Friday. The team knew the nightcap would be a little more difficult against the familiar Ramapo Saints and they were correct as the Stars fell in a squeaker by a score of 2-1.

The team got back on track in game 3 with another shutout win(4-0) over the Western Mass Wizards. But the setback to the Saints meant they needed help with the tiebreakers. They only allowed two goals in the round robin which was the deciding factor that helped land them in 4th place and recognize their initial goal of being able to compete for the championship.

So on to Sunday and the semifinals against the first place seed Atlanta Bandits. It was a tightly played game with great goaltending on both sides that kept the game in a scoreless tie in regulation and catapulted it into double overtime. Eventually the team from Brooklyn broke through as Jimmy Hennessy found Connor Harrison in front and Harry found the back of the net to send the Stars to the championship game to seek revenge for their only loss against the Ramapo Saints.

The Stars came out with alot of energy and raced out to a 2-0 lead on goals by Connor Harrison and Jeremiah Ryan. It would stay that way until the Saints cut the lead in half with a 2 man advantage to finish the second period. Realizing they had enough drama in the semifinal earlier in the day, the Stars came out on fire to start the 3rd period with two quick unanswered goals by Michael McGowan and Connor Harrison(2nd of the contest) to put the game out of reach and bring the championship banner back with them to Coney Island.

The Stars received their usual phenomenal goaltending by the tandem of Michael Grima and Gabe Fomin who allowed only 3 goals in 5 games and pitched 3 shutouts.

Congratulations to the players, coaches and parents on a great weekend!! 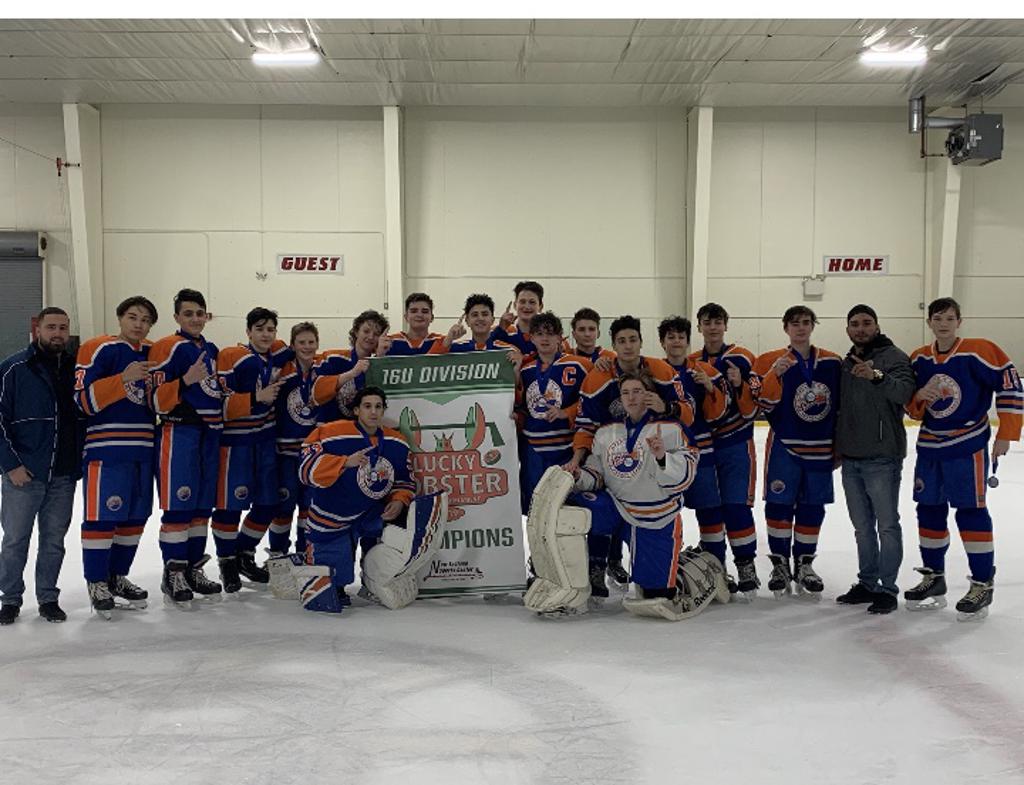