The GNY Stars 16UAA team won the EJEPL Split Season Championship in dramatic fashion with a 2-1 OT victory to take home the banner. By rolling through the EJ SS regular season undefeated, the Stars earned the top seed going into the playoffs. By no means did it insure anything as the top 4 teams were very evenly matched during the season.

On tap for the top seed in the semifinal was the #4 seed West Haven Blue Devils who the Stars beat 2-1 in OT in their only matchup earlier this season. The game was a back and forth affair with the teams trading goals(3 apiece) until midway through the final period the Stars strung a few unanswered goals together and tightened up on D to notch a 6-3 win.

The impressive victory secured their birth in the final later in the day and the only thing left standing in their way would be the Nassau County Lions who won their semifinal game over the NE Stars 2-1. The Lions controlled the game for the better part of the first half but Michael Grima stood tall in net for the Stars. On the other end, the scoring chances were limited and the Lion’s goalie was equal to the task with Grima thus ending up scoreless at the intermission.

The second half began with the tables turned and the Stars on the attack. Their  offensive chances increased and although frustrating, the chances gave the faithful optimism that they would breakthrough soon enough. And their prayers were answered less than halfway through the frame as Michael McGowan and Connor Harrison executed a beautiful give and go albeit 100 feet apart. After another stellar save by Grima, McGowan corralled the puck in the slot and dished it off to Harrison at the defensive blue line. He raced down the wing, circled in the offensive zone and waited patiently for McGowan to catch up. He hit him in stride and after a few moves he slid the puck past the goalie for a 1-0 Stars lead. It remained that way despite golden chances for both teams until with a minute left and the goalie pulled for an extra skater, the Lions knotted the equalizer on a tipped shot from the point.

On to overtime! Do you think history would  allow it any other way? One would think the team was deflated by the late equalizer but the Stars came out flying in the OT with the better of the chances and finally after gaining a man advantage at the 11:41 mark, the Stars aligned. It was Harrison again responsible for starting the play. On a harmless dump in to the offensive zone, it looked like the D had a beat on it but Harrison raced towards him and made him cough up the puck. He grabbed it and fed an attacking Robert Farberov who one-timed it past the netminder for the championship clinching goal!

It was a fantastic and gutsy team effort so congratulations to the players and a big thank you to coaches Adam Diorio, Dillon Balsalmo and Mike Davie for all their hard work in preparing the team for moments like this.

Last but not least the parents deserve a teensy weensy bit of credit for their incredible support and dedication to this wonderful sport! 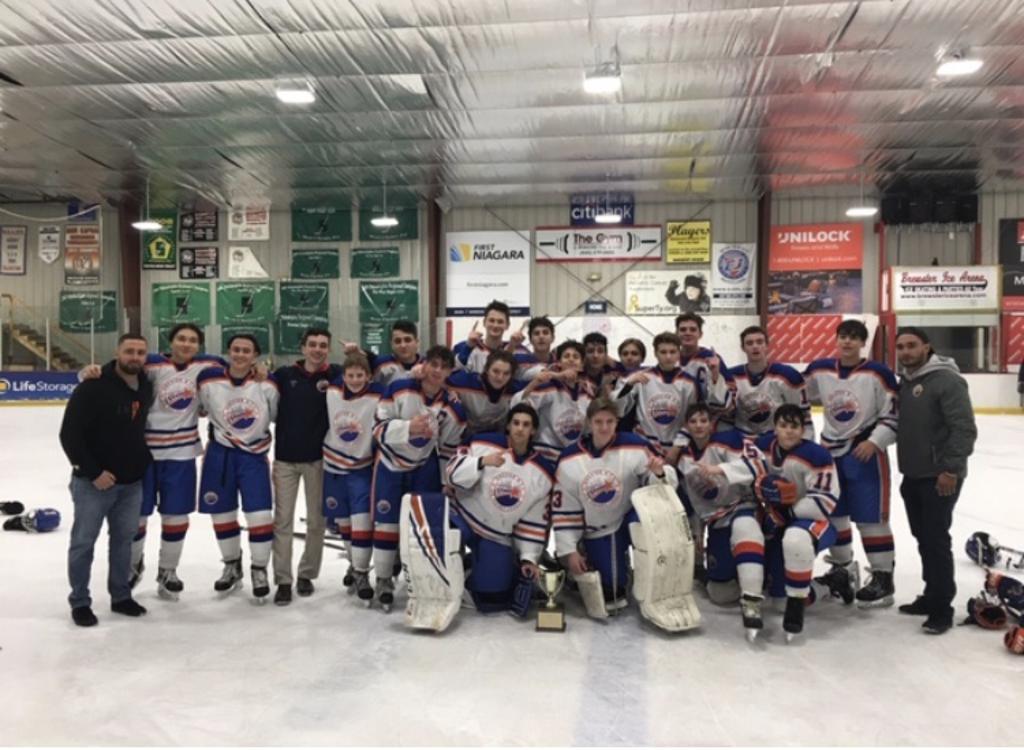